Located in the Iberian Peninsula, Spain is a very geographically diverse country, with environments ranging from dessert in the south to temperate forest in the north. Its extensive coastline along the Mediterranean Sea and Atlantic Ocean also produces a bounty of fresh seafood, much evident in Spanish diet. Such variety in terrains and climate contribute greatly to the heart of Spanish food. This abundance, combined with centuries-old culinary tradition, have made Spanish cuisine one of the most exciting in the world.

During the past decade, Spanish gastronomy, with its emphasis on fresh ingredients, has gained gained much global attention and popularity. Choice Foods spotted this trend and is proud to be the first to import and introduce many Spanish products–most famously the jamon–into Thailand. Mas Parés is the first producer in Spain to be officially approved by the European Union for the preparation of ducks and geese products. In the the production of its fine goods, Mas Pares follows sustainable policies, balancing its business objectives with the care and protection of the staff, the animals and the environment. Beher is a Spanish ham producer with worldwide fame. Situated in the village of Guijuelo in Salamanca, Spain it is a third-generation family company. Specialising in acorn-fed Iberico ham and acorn-fed Iberian sausage products, Beher has won many international awards, particulary for its "Bellota Oro" (Gold Acorn) variety. 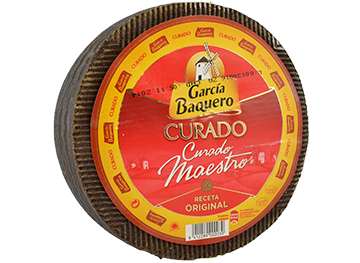 The García Baquero brand symbolises traditional Spanish cheese par excellence. Founded in 1962, Garcia Baquero specialises in the production of cheese, respecting the tradition and wisdom of the great Spanish master cheese-makers. Distributed in numberous countries from Europe, Asia and the Americas, it is one of the best-known and trusted brand of manchego cheese in the world. With a confectionary tradition dating back to 1840, El Quijote is a Spanish company dedicated to the fruit of the quince tree and its transformation into this celebrated sweet. But it's not just a good-tasting sweet–it has been scientifically proven that pectin, a substance found in quince, aids in digestion and combats diarrhea due to its astringent qualities. The canning industry is a respected business in Spain as cans of fish and seafood are often real gourmet products, and Conservas Ortiz is one of the companies in the sector with an excellent reputation. This brand name belongs to the highest quality category within the Spanish conservas industry, the kind which famed Michelin star chefs try to get hold of from all around the world.